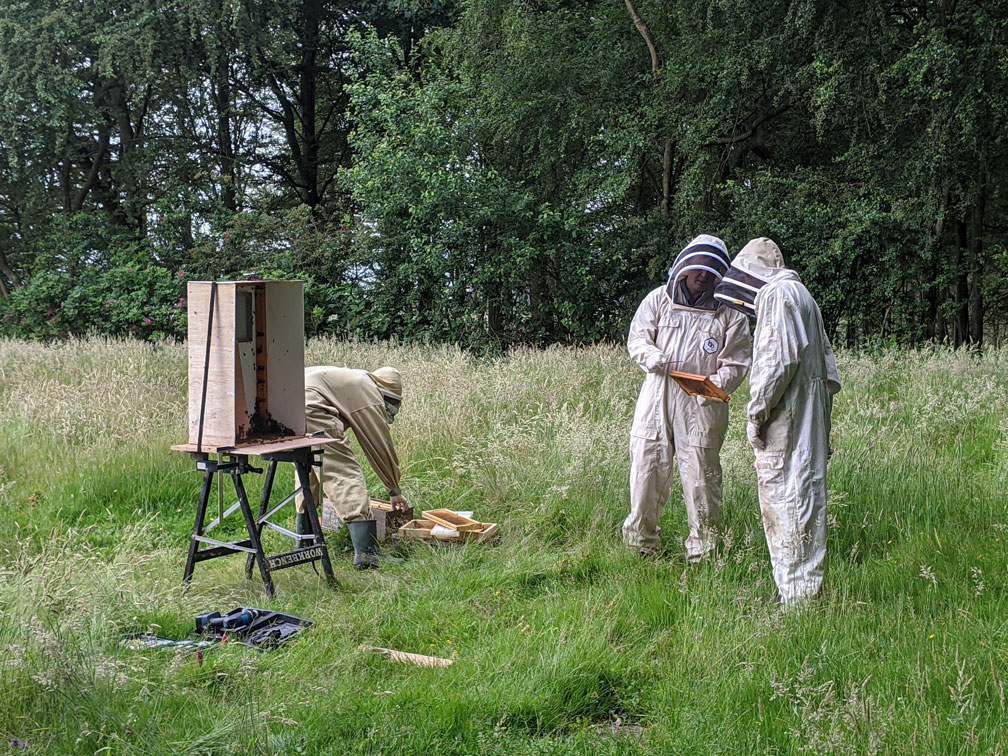 The Austrian scientist Karl von Frisch was awarded the Nobel Prize in 1973 for his research on the honey bee ‘waggle dance’ (Von Frisch, 1967). He recognised how this unique form of communication allowed bees to share information on the location of food sources with nest-mates. Essentially, when a worker bee discovers a good source of nectar or pollen, she will return to the hive to perform a waggle dance to let her nest-mates know exactly where it lies. 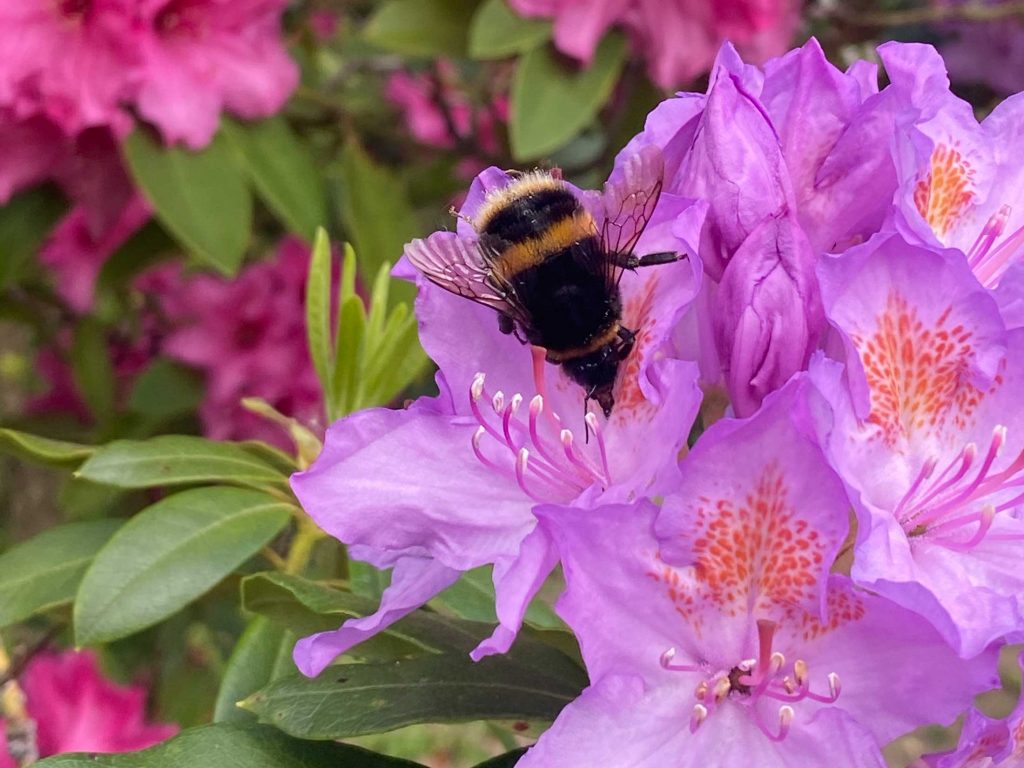 This week, researchers from the University of Sussex visited the Herstmonceux Castle Estate to conduct their own research into the nature of waggle dances and their various idiosyncrasies. In the 60s, Karl von Frisch had little more than a notebook and pencil, whereas this team has the ability to capture, then replay and log waggle dances using slow-motion video. The team reviewing the footage will even know the relative position of the sun at any particular moment in time thanks to a special app.

The team provided access to a Queen Bee and lots of tasty 60% sugar water to a relatively small hive of bees (approximately 2000) then gave the hive a gentle shake in an attempt to trigger the bees into swarming and sending out scouts. It will be the scouts’ job to scour the surrounding area to find a suitable location for a new hive. The team placed dummy hives and sugar water around the existing hive in 100 metre increments, and also placed old pieces of comb inside the dummy hives to try and tempt the scouts. (Bees are one of nature’s doer-uppers, much preferring to repair an old comb than start afresh somewhere new.) 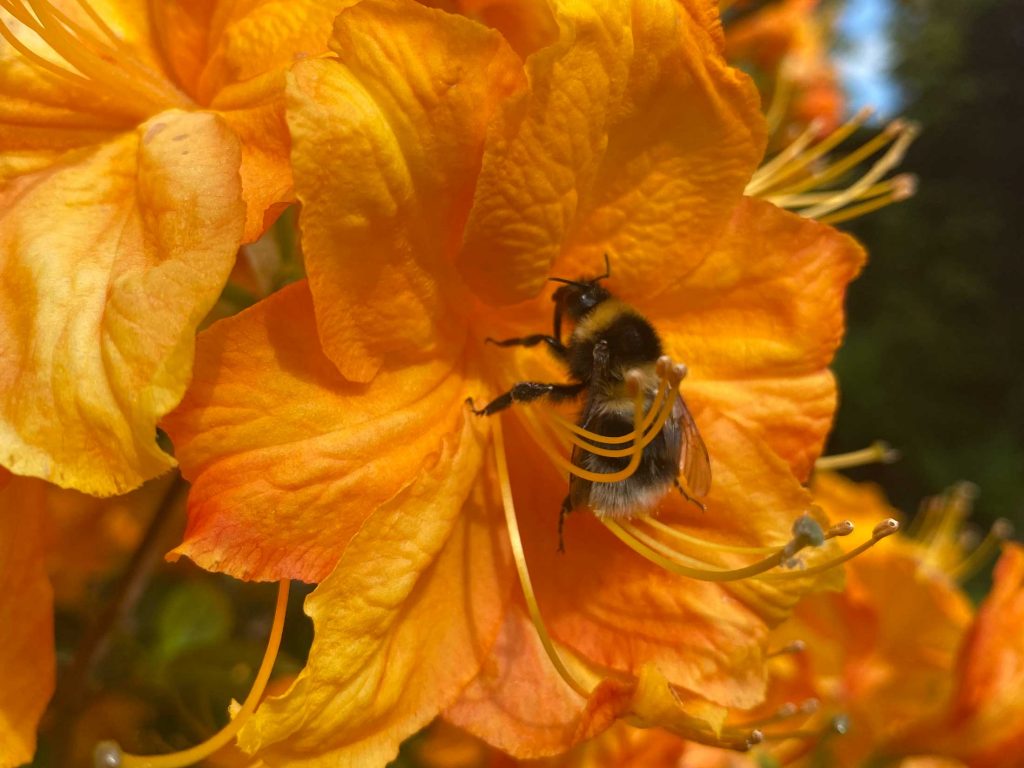 The dances of returning scouts will be painstakingly analysed in the coming weeks (it can take a whole day to interpret and catalogue just 40 minutes worth of footage) to determine how accurately the team can decipher the waggle dances and attribute them to a particular location. The final decision on the bees’ new home is a group one by the way, as the more a dance is replicated, the more the news that a great new potential home has been discovered is passed on throughout the hive. Only time will tell where the breakaway hive will decide to go, but around 60% of the hive’s population is expected to venture out to start a new nest.

To recap then, bees express complex ideas through the medium of dance in almost total darkness, clearly disseminating information using outstanding internal communication networks, leading to informed decision-making for the benefit of the collective. We hope the research team enjoyed their time with us and look forward to following up with them in due course to see how the experiment goes.