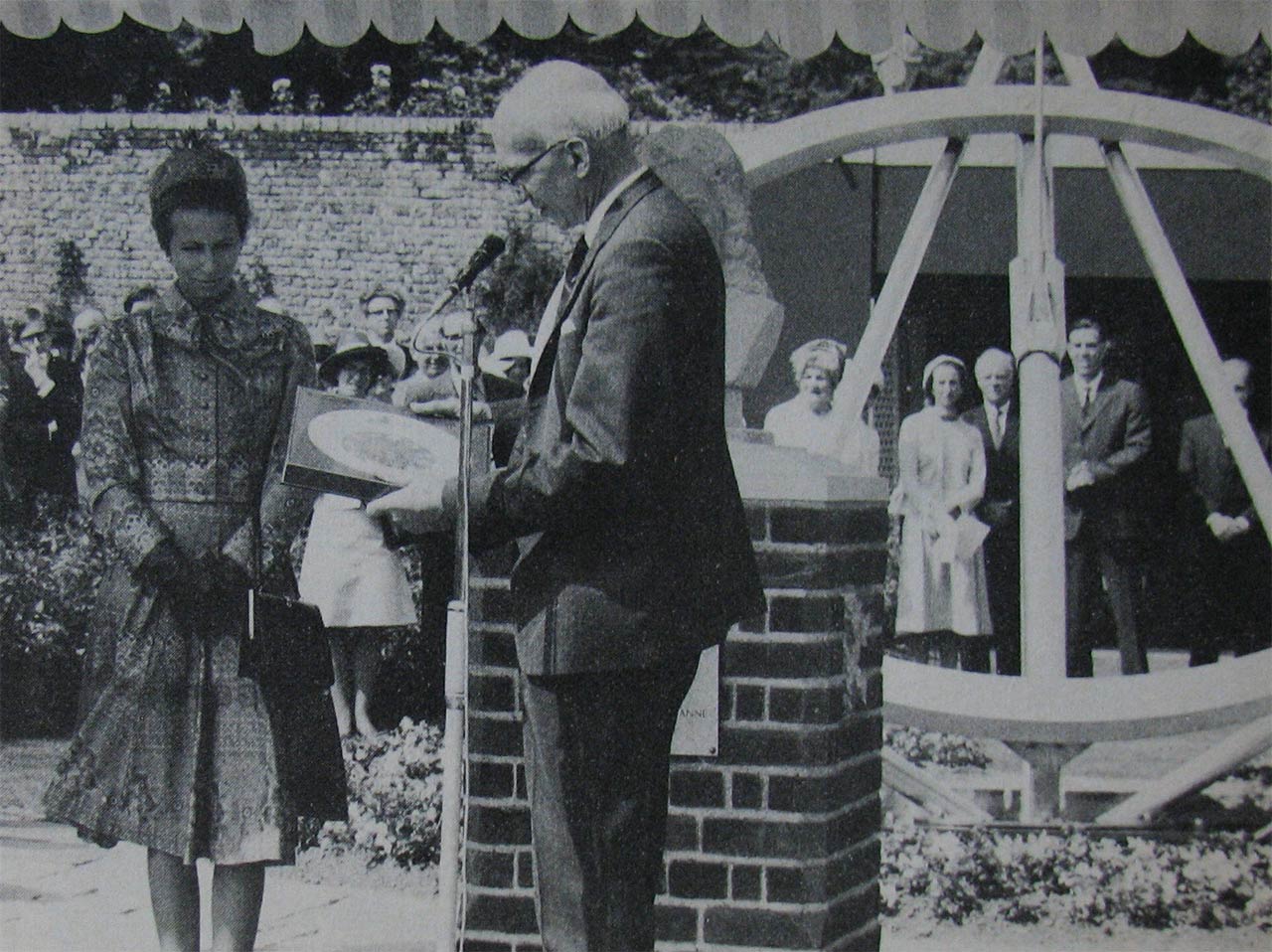 Set within Herstmonceux Castle’s Rose Garden is a magnificent sundial that both impresses and
intrigues visitors who often enquire about its significance.

Gordon Taylor, the man responsible for the sundial, recently passed away at the age of 95.

We would like to acknowledge his involvement with the project along with the astronomical research for which he was highly regarded.

As many people are already aware, the Castle and estate were once home to the world famous Royal Greenwich Observatory which moved to Herstmonceux after the Second World War to escape the smog and light pollution in London. The Royal Observatory was founded by Charles II in 1675 and to mark its 300th anniversary in 1975 numerous celebrations were held throughout the year.

The highlight of these was the Tercentenary Royal Garden Party, attended by HRH Princess Anne who unveiled a bust of John Flamsteed, the first Astronomer Royal, as part of the inauguration ceremony for a commemorative sundial erected behind it.

This large equiangular sundial was designed by Gordon Taylor who at the time was a staff member of the Nautical Almanac Office also located on the estate.

During his long career Taylor gained international recognition as one of the pioneers in occultation astronomy and used the 13-inch astrographic refractor in Dome D of what is now The Observatory Science Centre for part of his research. This was one of the original telescopes that were brought to Herstmonceux from Greenwich and is now used for public viewing during the numerous stargazing evenings that the Centre holds throughout the year.

Gordon Taylor was also President of the British Astronomical Association from 1968 to 1970 as well as being their Director of Computing for many years.