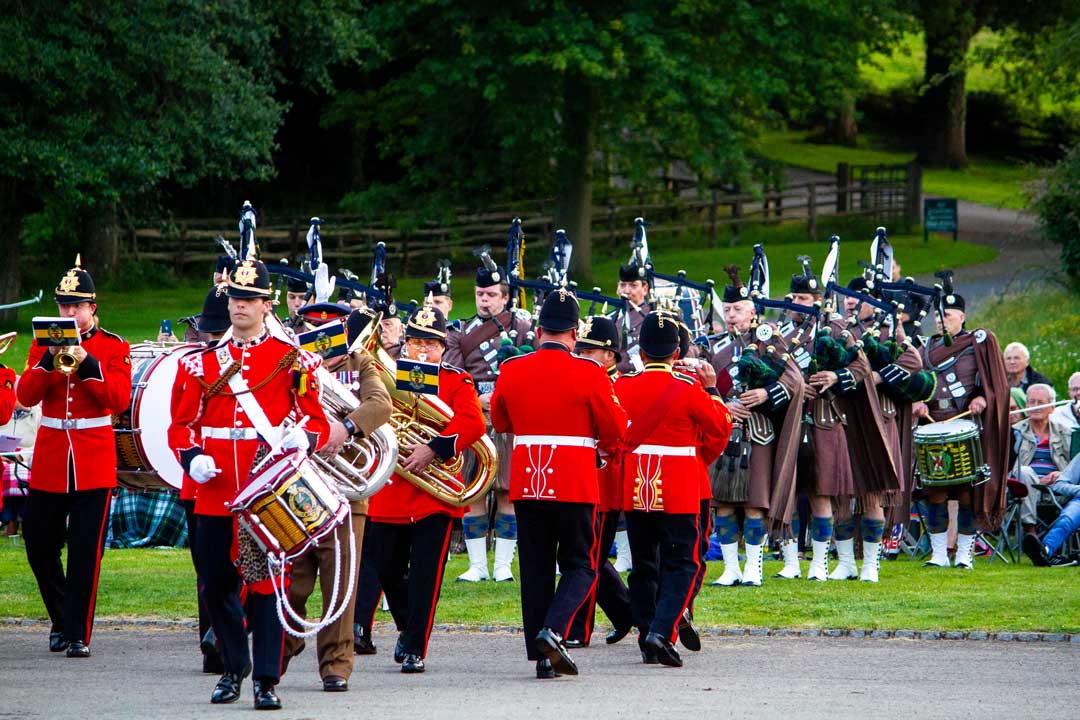 ABF The Soldiers Charity is staging ‘Tattoo at the Castle’ set against the stunning backdrop of Herstmonceux Castle during which the band of the Princess of Wales’s Royal Regiment – the county regiment – will give a military band concert after which the band will be joined by the Pipes and Drums of the London Scottish Regiment to Beat Retreat – a military ceremony dating from the 16th Century.

ABF The Soldiers Charity is the National Charity of the British Army which supports soldiers, veterans and their families “for life” when they are in need – and has been doing so since 1944.

The charity makes grants to individuals and also supports a wide range of specialist charities which provide support for the Army.

Gates will open at 5.30pm and the performance starts at 7.00pm so do bring a picnic (with a rug or chairs) and come and enjoy this wonderful spectacle in aid of a very worthy cause.

There will be a licensed bar courtesy of Harvey’s Brewery, Lewes along with light refreshments from the castle’s tea room

The event finishes at 9.15pm

Get your tickets here.

We use cookies to ensure that we give you the best experience on our website. If you continue to use this site we will assume that you are happy with it.Accept CookiesRefuse CookiesCookie Policy